“Leave Your Green Trace”
“Saknakhshiri GIG”s Green Action is underway in Tkibuli. We planted 50 cypresses on October 24. 250 young trees are planted in Tkibuli during this year in total. Arrangement of green spaces has become the tradition already for the company.

“Leave Your Green Trace”
“Saknakhshiri GIG” celebrated the Environment International Day with the Green Action. Tkibuli miners planted 50 more cypresses in the territory of the thermal power plant; in this manner we join the events held under the auspices of the Ministry of Environment and Natural Resources Protection. We continue our green campaign "Leave Your Green Trace”.

June 1 is celebrated with Green Action by the “Saknakhshiri” 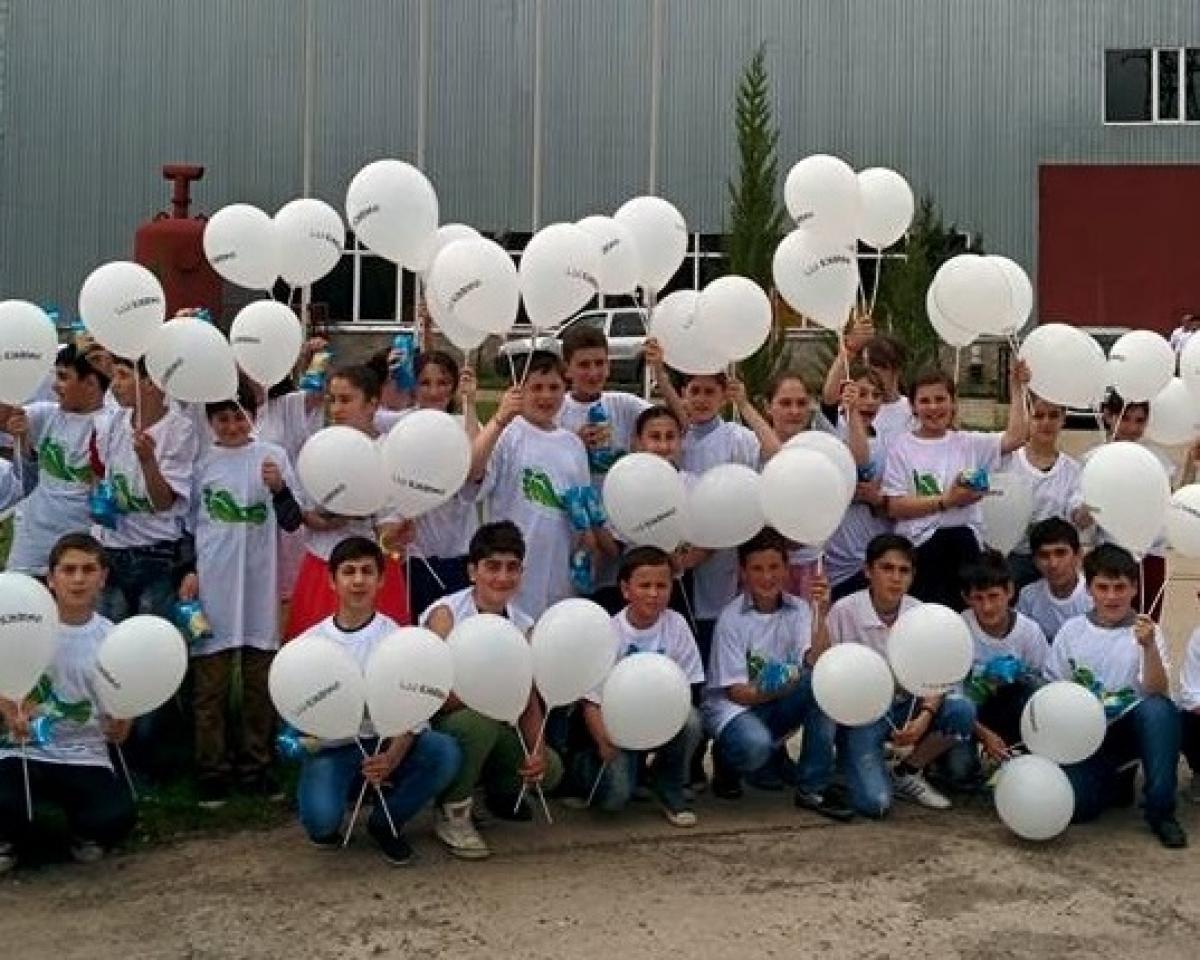 Pupils of Tkibuli #1 public school along with the employees of the thermal power plant and the “Saknakhshiri GIG” planted more than 50 cypresses. Saknakhshiri continues the action “Leave Your Green Trace”. Green Actions are planned to be held in Tkibuli throughout the summer.

We continue the eco-action “Leave Your Green Trace”. These are the stationary items of the Georgian Industrial Group – the secondary processed products: a working diary, a pen, a memory card and a canvas bag. The GIG and the companies included in the Holding believe that it is our modest contribution to the environment protection. If each company counts the number of papers consumed by it during a day it will find out that it could save several trees that day. It is known that 1 ton of scrap is equivalent to 17 tree saved. “Leave Your Green Trace”. 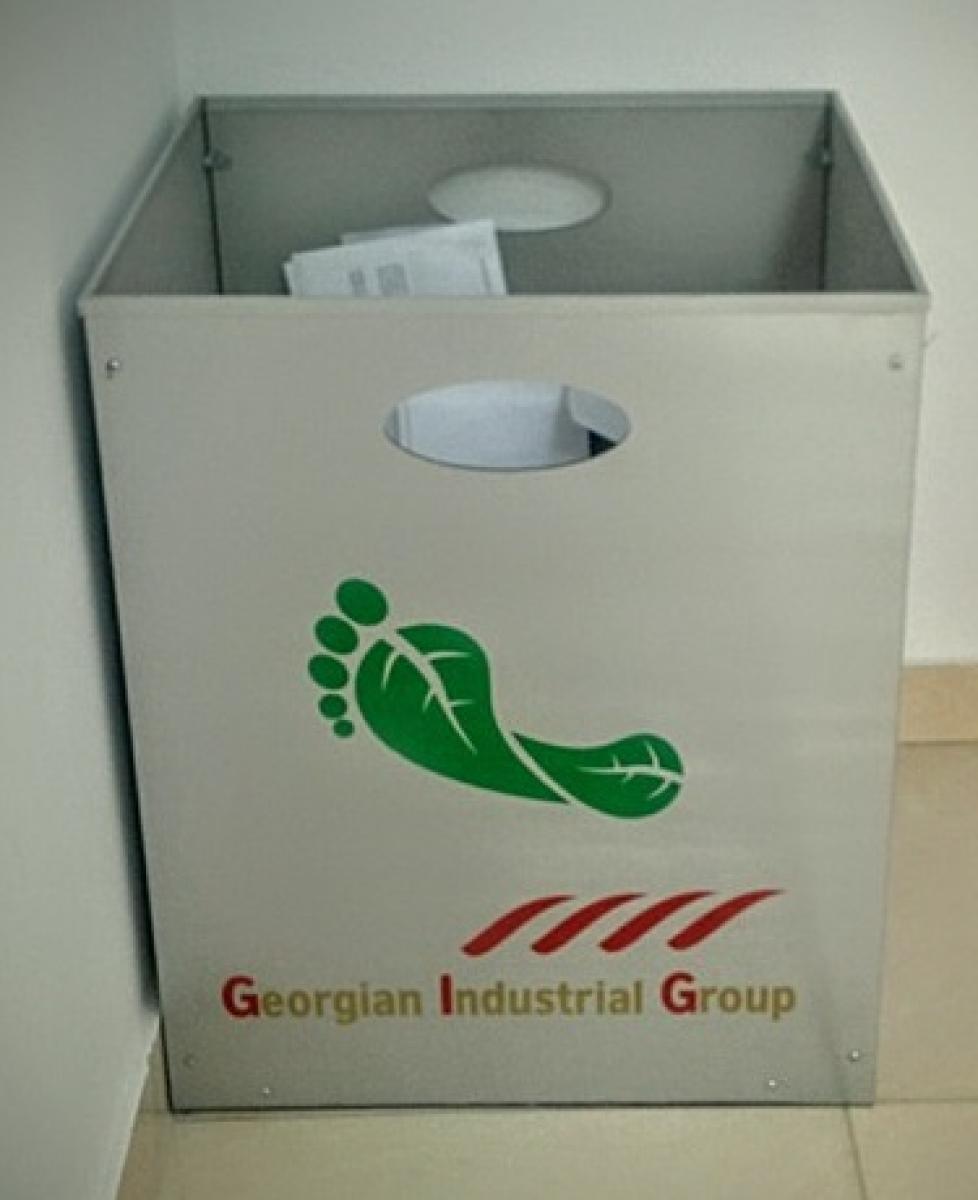 Leave Your Green Trace”
“Leave Your Green Trace” - eco-lesson in the open air and useful information  - this is another eco-action of the company “Saknakhshiri”. The GIG Group held the fifth action in June in Tkibuli within the frames of the campaign “Green Month” initiated by the Ministry of Environment and Natural Resources "Protection. How to use household waste and give a new function to it – the information on practical implementation of this issue was delivered to the teachers of about 50 kindergartens today. Disposable plastic cups, forks, spoons, plates, plastic bottles, sticks – this household waste was used by the children to make new items with their own hands, such as photo frames and toys. The children learned how to turn a waste into useful items, and how to clean and take care of the environment. The children also received gifts from the company - ice creams and the books “How to Convert Organic Waste to a Valuable Product” – prepared by the non-governmental organization “Eco-Vision”, the partner of the GIG.

Green Month
Saknakhshiri continues to participate in various ecological projects and actions within the scopes of the “Green Month” initiated by the Ministry of Environment and Natural Resources Protection.
The next green action was held with the initiative of Tkibuli miners. Another district of the city was cleaned from household waste. Preliminary works and soil preparation is underway in the territory for planting new roots. Dozens of cypress species are planned to be planted within the frames of the company’s action plan for a new recreation area in the city.

Green Month
Sakhnakhsiri GIG Group held the next action “Leave Your Green Trace” in support the partnership and under the auspices of the initiative June – “Green Month” initiated by the Ministry of Environment and Natural Resources Protection.
The miners of the Saknakhshiri GIG Group cleaned up the coal processing plant and thermal power plant surrounding area. The miners cleaned up the green district from household and natural waste. Under the decision of the company, this territory shall accommodate a new recreation area, where dozens of young trees will be planted. Sakhnakhsiri GIG Group plans to arrange the “Miners’ Alley” within the frames of the “Green Month” action. The action will be participated by the Saknakhshiri employees and their families’ youngest members. Saknakhshiri GIG Group as a company with social responsibility is actively involved in various eco-projects and activities implemented in terms of environmental protection. It also traditionally proceeds with implementation of events envisaged by the action plan of the environment protection year approved by the company.