ქართულად
Financial Director of GIG Zurab Gelenidze, was appointed as a Chairman of the committee on Energy issues in Business Association of Georgia 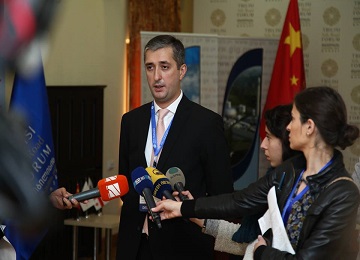 The Committee on Energy issues is established in Business association of Georgia (BAG). Zurab Gelenidze (GIG) was appointed as a Chairman of the Committee. The significant part of BAG’s members has interest in Energy sector, both in implemented business projects and planned investments. Considering these facts the Supervisory Board of Business association of Georgia established Committee on  Energy issues           The main objectives of newly established Committee are:           1. Providing support to achieve Energy Sustainability and Energy Independence;           2. Improving the investment climate in the energy sector;           3. Conducing legal and regulatory environment for energy companies;           4. Enhancing co‐operation between the companies;           5. Promoting the involvement of energy companies in order to protect their interests.            On November 1st, 2013, Zurab Gelenidze was appointed as a Chief Financial Officer at Georgian Industrial Group          2011 ‐ 2013 Deputy Head of Corporate Business at JSC TBC Bank          2010 – 2011 Deputy Head of Commercial Banking at HSBC Georgia          In 2006 – 2010 Commercial Director BTA Silk Road Bank          In 2004‐2006 he was CFO at Iberia Refreshments          In 1998‐2004 he held various managerial positions at the Bank of Georgia