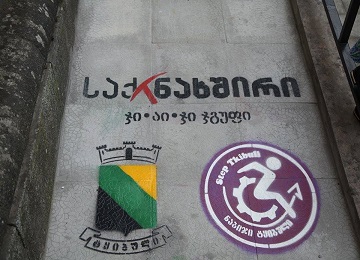 By joint efforts of "Saknakhshiri GIG", "Tkibuli Nabiji" and Municipal of Tkibuli the first ramp was made for disabled people in Tkibuli. This is the first precedent when the social projects have been implemented not in the capital but in the region as a result of cooperation of business, government and NGO.   The ramp was made in compliance with all the international standards and norms. Both the structure inclination, double handles, stair height and width as well as the width of the ramp, tiles texture are observed. The first ramp has been installed at the entrance of the Social Service Agency of Tkibuli Municipal Board (Gamgeoba). The construction of two other structures is being planned: internal ramp installation at Tkibuli Theatre, outside as well as inside the building, and adaptation of Tkibuli "Mining Institute" for disabled people.   "The construction of first ramp was completed at Tkibuli Social Service Agency. The people arriving there, can, freely and without any humiliation, get the services provided by this Service. The project was funded by "Saknakhshiri GIG group" and implemented through the assistance of Tkibuli Municipal Board. I would like to thank all those people who have helped me during the construction, giving me a helping hand and supporting me in bringing this difficult project to an end successfully. "‐ said Giga Sopromadze, the founder of “Nabiji Tkibuli". According to Levan Choladze, the Executive Director of “Georgian Industrial Group'': "This is an important and very valuable project, when such a good and necessary work is done through joint effort of business, government and non‐governmental organizations. We’re planning to install two more ramps in Tkibuli, all of which will comply with international norms and standards. We are pleased that we are innovators in this respect in the region.    As a socially responsible company "Saknakhshiri GIG," Group considers the involvement, mutual participation in social projects, and implementation thereof as a priority and the company in an initiator and sponsor of many projects. We continue to work on social projects independently as well as with old partners. 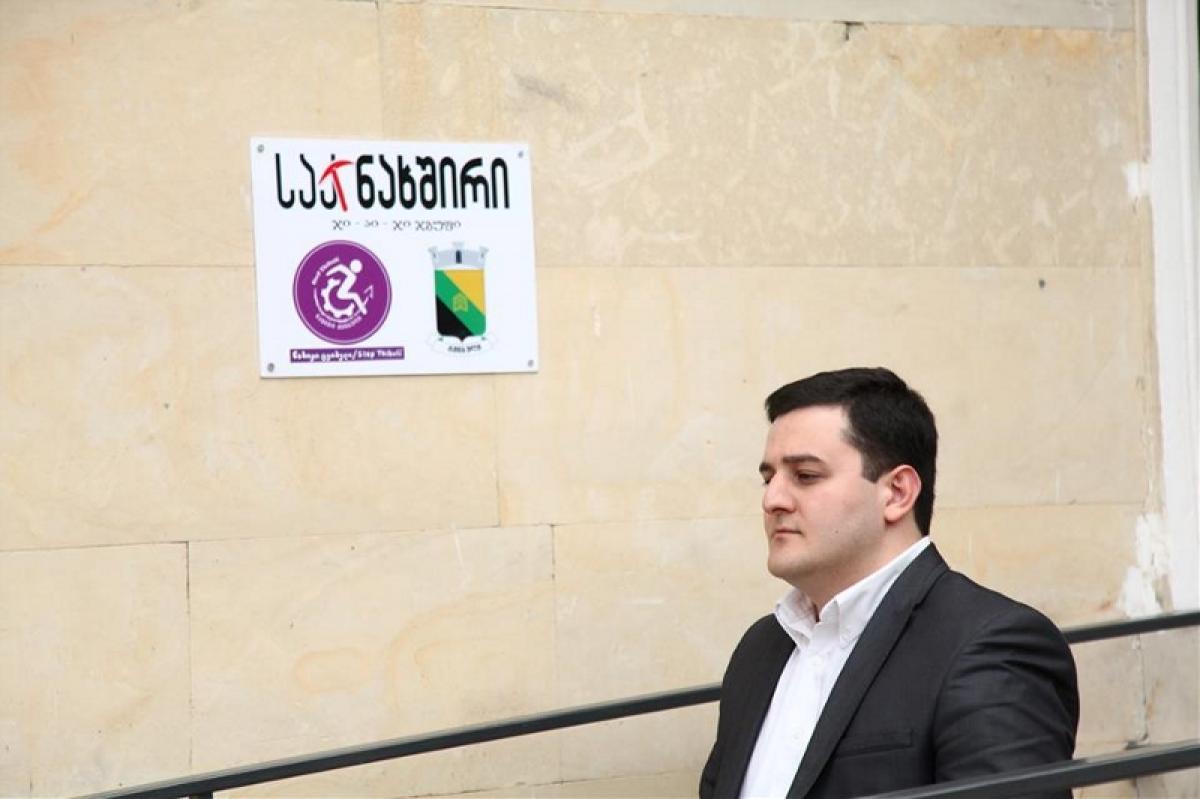