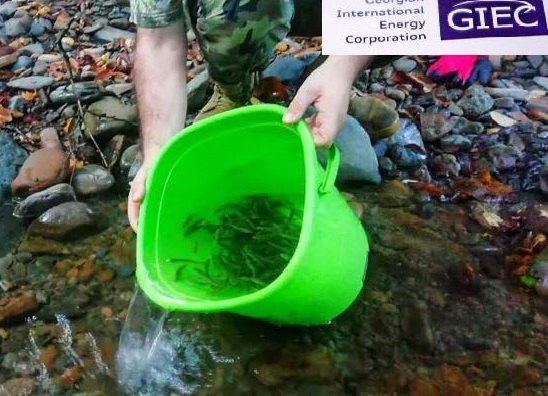 On August 27, 2019, Georgian International Energy Corporation LTD released 10,000 units river trout whitebaits for the purpose of breeding of endangered Red List species in the upstream side of the dams owned by the company, which are located in the River Khedeturi and the River Ritseula.  The said event was implemented within the framework of cooperation with LEPL National Wildlife Agency.

The Company is actively involved in various projects aimed at saving and breeding of endangered populations. Similar green activity was carried out by the Corporation in 2018, when it released 2500 units of river trout whitebaits in the River Khedeturi.

Next year the Corporation intends to release 30,000 units of river trout whitebaits as it is envisaged in the existing plan.