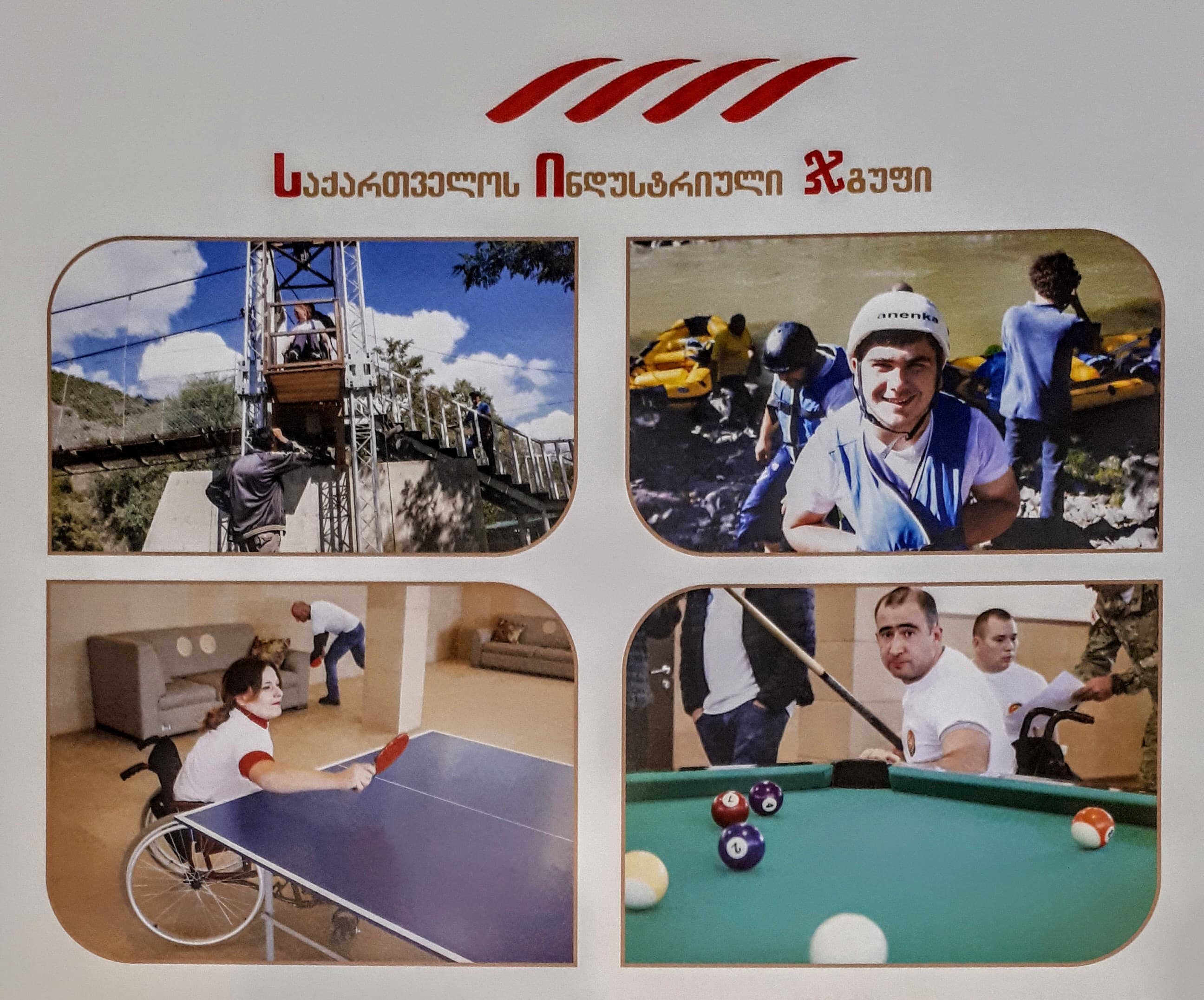 "Georgian Industrial Group" as a high social responsibility company is actively involved in various types of social projects. The company considers it a great honor to support and provide care of   our country's soldiers, wounded in various militant activities, including peacekeeping missions. The company is a participant and a worthy partner of many projects. In 2018, "Georgian Industrial Group" became a partner of the project "Active life is my calling", during which more than 300 disabled people participated in various sports and cultural activities throughout Georgia. Main activities were held in the first adapted field camp in village Chitakhevi, Borjomi Gorge. The entire territory of the camp was fully adapted by the Georgian Industrial Group. In particular, the 70-meter bridge was reconstructed by the sponsor’s support and the elevator was installed on the bridge, which allows people who use wheelchairs freely and independently move to the camp. As a result of this cooperation, the project has now more opportunities. Those people with disabilities in different regions of Georgia participated in the mini festival of paintball, billiard, archery, zipline, culinary duel, table tennis, target shooting, rafting, paraplane flight, wheelchair dance. The project has a special direction, military servicemen wounded in various military actions, including in peacekeeping missions participate in it since 2017. participating This year, the wounded police officers of the Ministry of Internal Affairs of Georgia were also involved in the activities.