ქართულად
Within the frameworks of the “Tbilisi Silk Road Forum”, by the support of the Government of Georgia, agreements on cooperation between the “Georgian International Energy Corporation” (GIEC) and one of the largest group in China “Dongfang Electric Corporation Limited” (DEC) have been drawn up 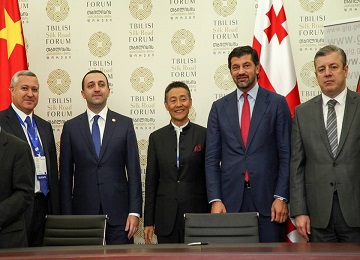 On October 16, within the frameworks of the “Tbilisi Silk Road Forum” several agreements were signed between the “Georgian International Energy Corporation” and one of the largest Chinese Corporation “Dongfang Electric Corporation” ensuring implementation of sound Chinese investment in Georgia. It is noteworthy that signature of the agreements was preceded by the official visit of the Prime Minister of Georgia in China during which Irakli Garibashvili met Si Zefu, the president of the “Dongfang Electric” in the city of Dalian. Future strategic objectives and specific projects to be fulfilled by the “Dongfang Electric Corporation” in Georgia were discussed at the meeting. As a result of the achieved agreement the “Protocol of Intentions on Agreement between the Partners” was drawn up. From the Chinese side the document was signed by Lan Zehai, the Vice-President of the "Dongfang Electric Corporation” and from the Georgian side - Joerg Matthies, the General Director of the “Georgian International Energy Corporation”. In parallel with the strategic document signed with the aim of implementation of the project, the Government of Georgia, JSC Electricity System Commercial Operator and “Tkibuli 150” Ltd. signed an agreement on construction, ownership and operation of the thermal electric power plant in Tkibuli Municipality. On behalf of the Government of Georgia the Agreement was signed by Kakha Kaladze, the Vice Prime Minister and the Minister of Energy of Georgia. The above mentioned agreements achieved within the scope of the Silk Road Forum aim at increase of energy security of Georgia, development of local coal mining industry, creating new jobs and increase of electric power export potential. Within the frameworks of the signing ceremony a principal agreement on EPC contract for 150 MW thermal power plant in Tkibuli Municipality was signed. From Georgian side the document was signed by Givi Chahcia, the Director of the Company “Tkibuli 150” and from the Chinese side Lan Zehai - the Vice-President of the “Dongfang Electric Corporation. Construction of coal fired thermal power plant will start in 2016. Installed capacity of TPP shall be 150 MW with annual generation of 1 billion kilowatts. The signing ceremony held in Parliament was attended by the Prime Minister of Georgia Irakli Garibashvili, Vice Prime Minister of Georgia, Minister of Energy of Georgia Kakha Kaladze, Minister of Foreign Affairs of Georgia Giorgi Kvirikashvili and the Minister of Economy and Sustainable Development of Georgia Dimitri Kumsiashvili. The Chinese delegation was represented by the president of “Dongfang Electric Corporation” Si Zefu, representatives of the Embassy and the officials invited within the frameworks of the “Tbilisi Silk Road Forum”. შემოგვიერთდით: Georgian Industrial Group Holding Dongfang Electric Corporation is the biggest Chinese holding under the umbrella of the Chinese Central Government, with half a century history of development, specializing in production and export of energy generation equipment. DEC is an outstanding company with high class modern technologies and production quality, playing a significant role in Chinese economy. The company occupies 1/3 of the Chinese thermal energy and 2/5 of hydro energy market. It also operates in different fields such as: heavy industry, manufacturing and installation of power transmission lines, industrial monitoring equipment, high-voltage high frequency converters, and chemical equipment. Dongfang Electric Corporation is a leading international contractor within China, exporting in more than 30 countries worldwide. 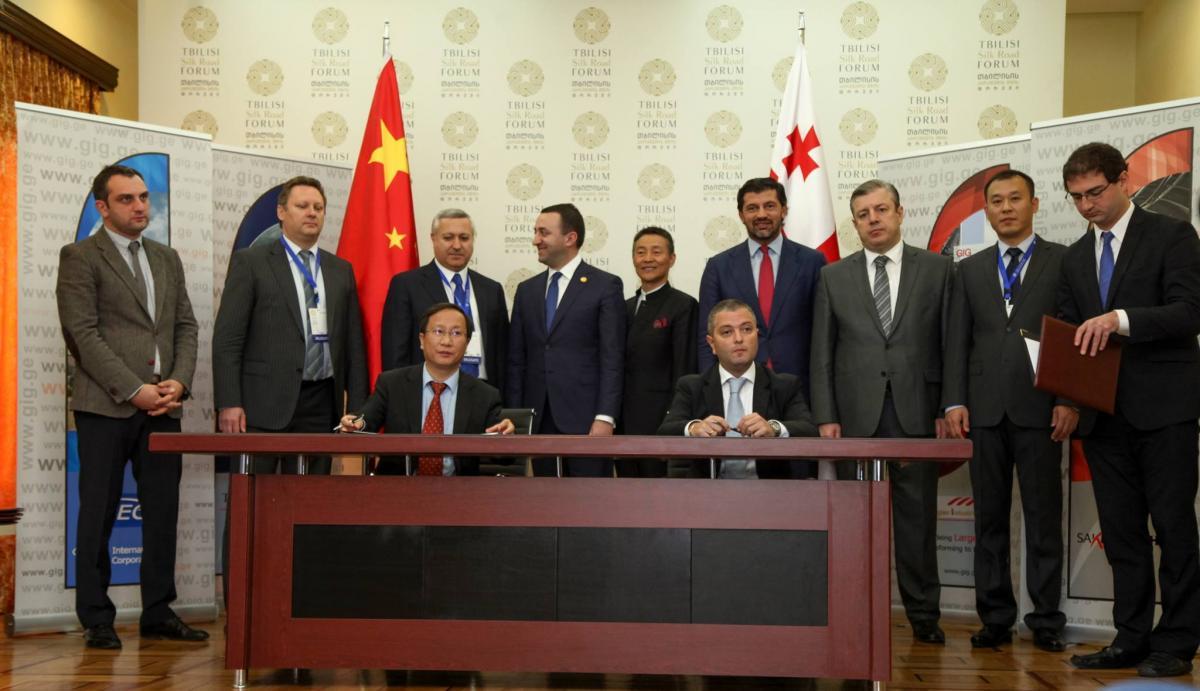 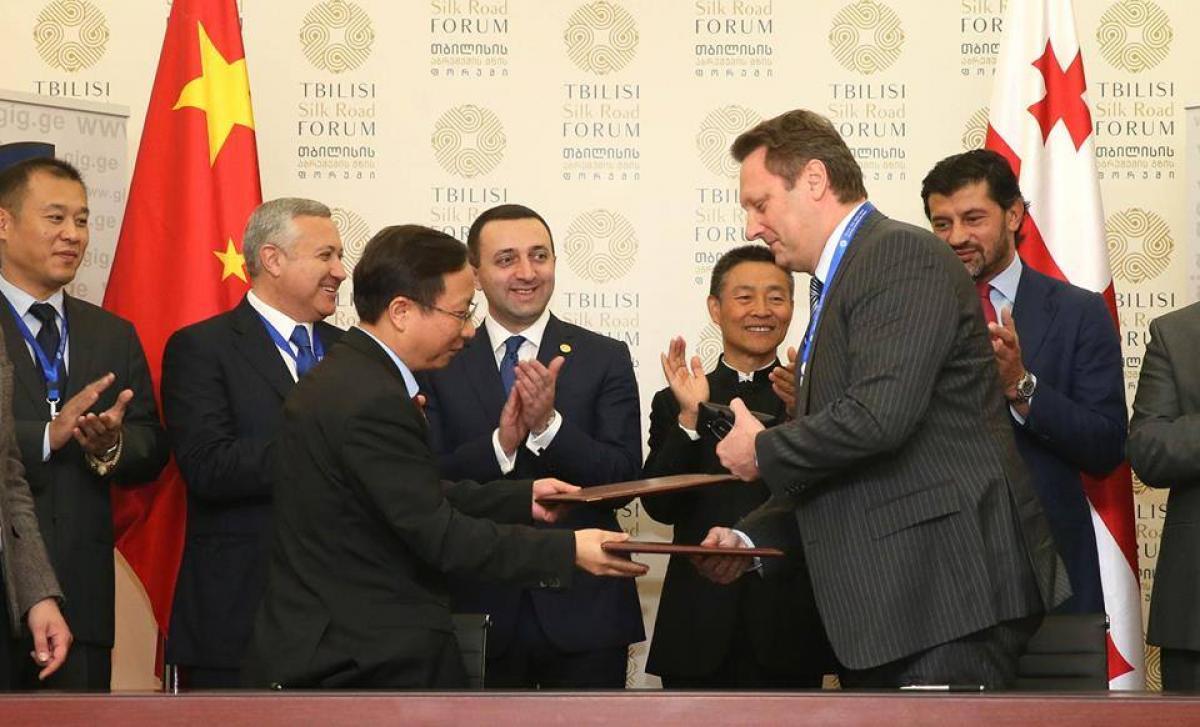 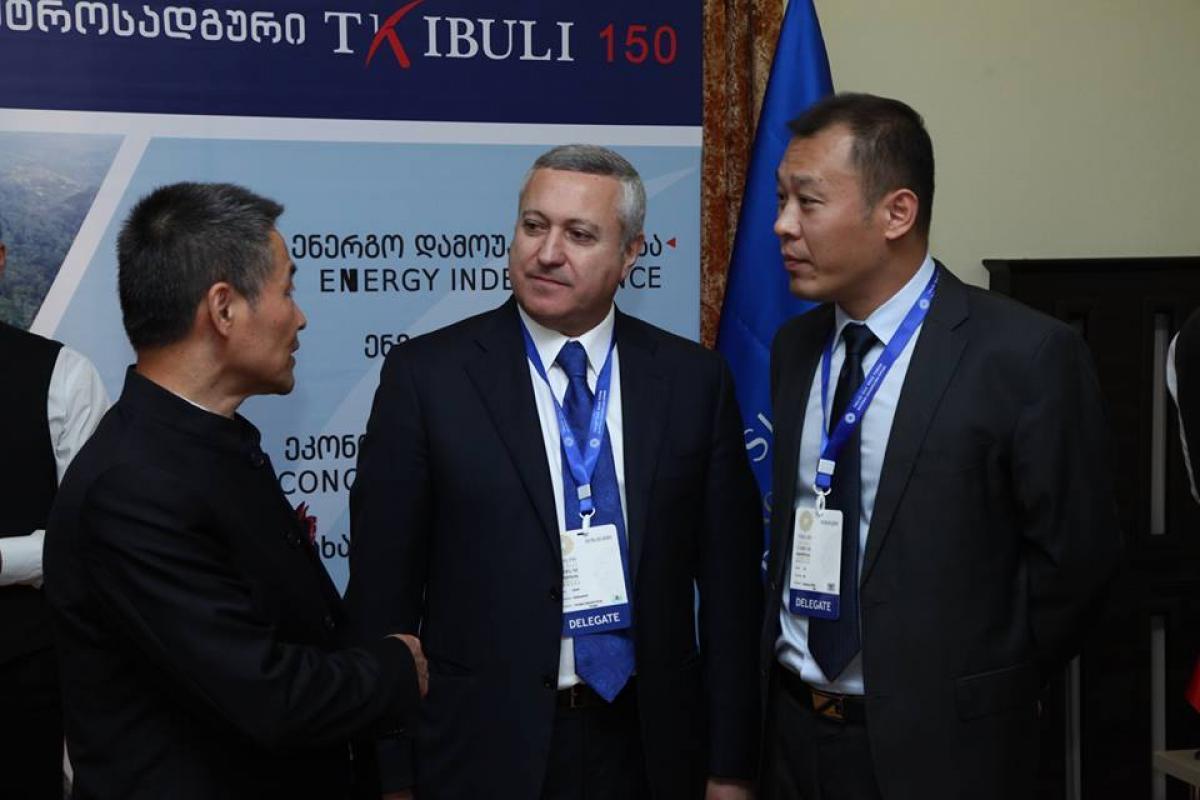